Industries with the Largest Consumer Debt 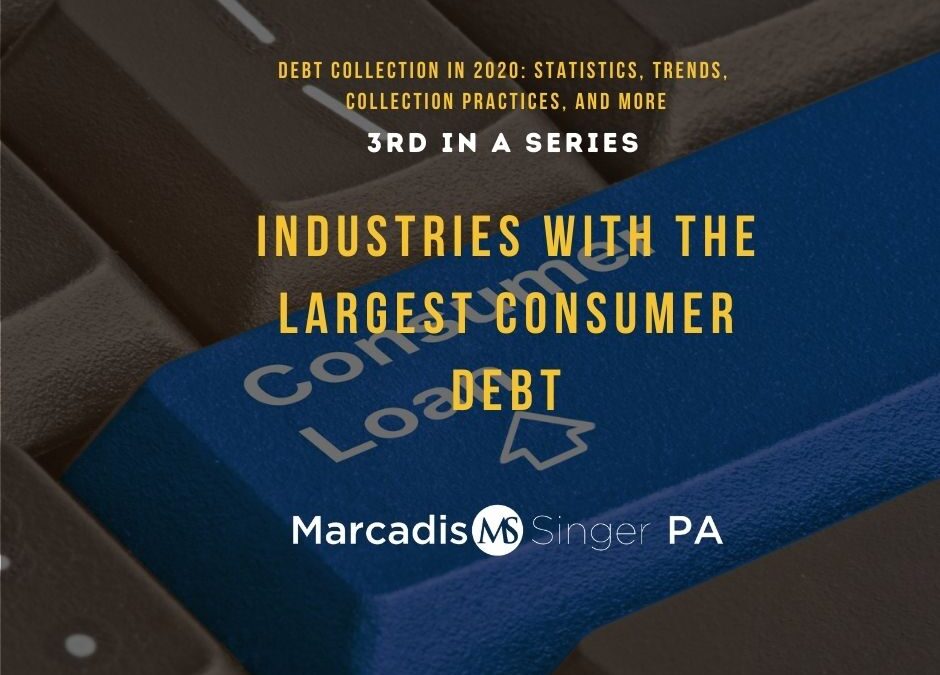 Industries with the Largest Consumer Debt

Unexpected changes in financial circumstances, such as the loss of a job, can leave families unable to pay their monthly expenses, causing them to default. If a consumer fails to pay on a defaulted account or loan within a reasonable amount of time, the account is frequently transferred to collections. When it comes to credit card debt, credit card firms generally have their own in-house collections departments, and collections activities begin as soon as a payment is missed.

Credit card debt isn’t the only type of debt that triggers collection efforts. Student loans are another typical defaulted loan, and it’s simple to see why, with today’s college grads graduating with an average of $29,900 in student loan debt.

The Federal Reserve Bank of New York’s Center for Microeconomic Data released a Household Debt and Credit Report for the fourth quarter of 2019, finding that household debt “increased by $193 billion, or 1.4 percent, to reach $14.15 trillion in the fourth quarter of 2019,” driven primarily by gains in mortgage, motor vehicle, and student loan debt.