Wage Garnishment Laws in Florida – 3rd in a Series 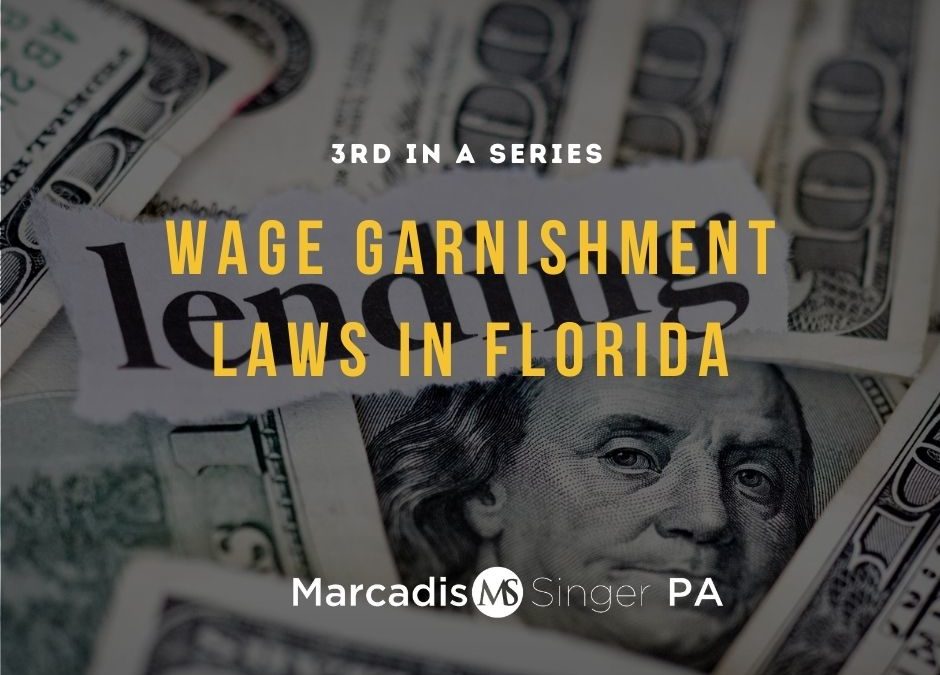 Wage Garnishment Laws in Florida – 3rd in a Series

Every court order for child support since 1988 has included an automatic income withholding order. If you fall behind on child support payments, the other parent can ask the court to garnish your wages.

The amount of money that can be withheld from your paycheck for wage garnishment is limited by federal law. If the garnishee is currently supporting a spouse or child who isn’t the subject of the order, up to 50% of their disposable income may be taken to pay child support. If the garnishee does not support a spouse or child, they could lose up to 60% of their wages. For support payments that are more than 12 weeks late, an extra 5% may be withheld. (15 U.S.C. § 1673).

If one is in default on a federal student loan, the United States Department of Education or any organization collecting for it can garnish their income without a court order, which is known as a “administrative garnishment.” The Department of Education can take 15% of your disposable income up to 30 times the minimum salary. (15 U.S.C. 1673, 20 U.S.C. 1095a(a)(1)).

For back taxes, the federal government can garnish pay without a court order. The amount garnished is determined on the number of dependents the  deduction rate. (26 U.S.C. § 6334(d)).

To collect outstanding state and municipal taxes, states and local governments may be allowed to garnish a debtor’s salary.  For precise details regarding Municipal, State and Local Taxes, one should contact their state’s labor department.

If a debtor has several garnishments, federal law limits the total amount garnished to 25% of their income. (15 U.S.C. § 1673). If the federal government is garnishing 15% of their wages to recover defaulted student loans and the employer receives a second wage garnishment order, the employer can only collect 10% of wages to transmit to the second creditor.

Employers may be hesitant to comply with wage garnishment orders because they are inconvenient, and some may even attempt to terminate the employee rather than comply with the order. Garnishees are protected under state and federal law in this case.