The Fourteenth Circuit Court of Florida is located in the northwest of Florida. It covers the counties of Bay, Calhoun, Gulf, Holmes, Jackson and Washington. Here, we came up with some information that would be beneficial for you about the area where we practice as debt collection attorneys. 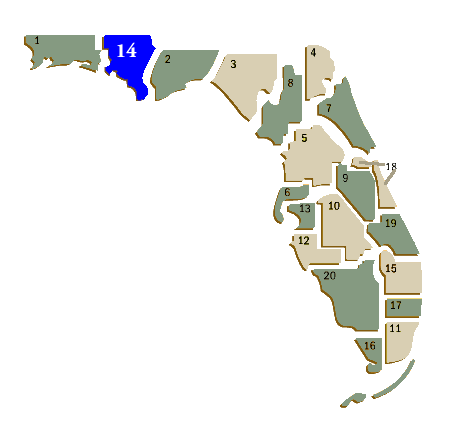 Bay County is located in the northwest region of Florida. The population of Bay County is approximately 168,852, and the total area is 1,033 sq miles. Also, the county has an average annual wage of $35,948. Main cities include Panama City, Lynn Haven, and Callaway. Some of the leading industries of Bay County are Manufacturing, Public Administration, Trade, Leisure & Hospitality, Transportation and Utilities. Some companies like Bay Medical Center, Wal-Mart, Eastern Ship Building, Smurfit-Stone Container Corporation, Royal American Beach Gateways and Bay Point Marriott are also there. Historical importance of the County of Bay is showed by its Civil War Era Salt Pot, Civil War Skirmish, Several Shipwrecks and Union Soldier Monument.

Gulf is located in the northwest part of Florida. The population of Gulf County is more than 15,863 and the area of 744 sq miles. Its major cities include Palm Coast, Flagler Beach and Bunnell also being its County Seat. With the annual average wage of $30,882, its main industries are Transportation, Utilities, Trade, Education, and Health Services. Leading companies of the Gulf County include P GAC Contractors, Bay St. Joseph Care & Rehabilitation Center, Duren’s Piggly Wiggly and Fairpoint Communications. The recreational activities such as Swimming, Diving & Snorkeling and Boating can be enjoyed at Pet Friendly Beaches. The historical places of Gulf County are Cape San Blas Lighthouse, Constitution Convention Museum State Park and Dead Lakes State Park & Boat Ramp. Blast on the Bay Songwriter’s Festival, Christmas on the Coast- Parade, and Reindeer Run are some of the cultural events organized by the Gulf County.

Holmes County is located in the northwest area of Florida, and it has a population of more than 19,927 within the area of 488 sq miles. Its major cities include Bonifay, Ponce de Leon and Esto. With the annual average wage of $26,953, some of its famous industries are Transportation, Utilities, Retail Trade and Public administration. Some of the leading private sector companies are Bonifay Nursing & Rehab, Piggly Wiggly, Bonifay IGA and Jerkin’s Inc. The recreational opportunities consist of Canoeing, Fishing, Hunting and Scuba Diving. The historical places of Holmes County are Laura Ingalls Wilder Home Place, Cerro Gordo, and Keith Cabin. Cultural events such as Annual Veterans Day Parade, All-Night Gospel Sing, Holmes County Fair, and Bonifay down Home Street Festival can be witnessed at Holmes County.

Jackson County it is located in the northwest region of Florida. The population of Jackson County is more than 49,746, and it has an area of 954 sq miles. Its main cities include Marianna, Graceville and Sneads. With the annual average wage of $31,064, its major industries consist of Leisure, Business administration, Transportation, Utilities, and retail Trade. Private sector companies like Family Dollar Distribution Center, Walmart and Rex Lumber Company are playing a significant part of the county’s economy. Blue Springs Recreation Area, Cave Diving and Freedom Springs 4th of July Triathlon are some recreational options on offer. The historical places of Jackson County are Native American Historical Sites, and Oldest general store in the state: Greenwood.

Washington County was established in the northwest part of the State of Florida. The population of Washington County counts more than 24,896 while the area is 615 sq miles. Its major cities include Chipley, Vernon and Wausau. With the annual average wage of $30,600, Transportation, healthcare, education, Utilities, retail Trade and Public administration are the main industries of Washington County. A significant role is being played by the private sector companies like WestPoint Home, Wal-Mart and NW Florida Community Hospital. The recreational opportunities include Leisure Parks, Lakes and Beaches. The historical places of Washington County are Col. W.D. Chipley Monument, Falling Waters State Recreational Area and Moss Hill Church.

We are truly proud of serving the fourteenth circuit court of Florida as debt collection attorneys, and we maintain our services at the best standards.