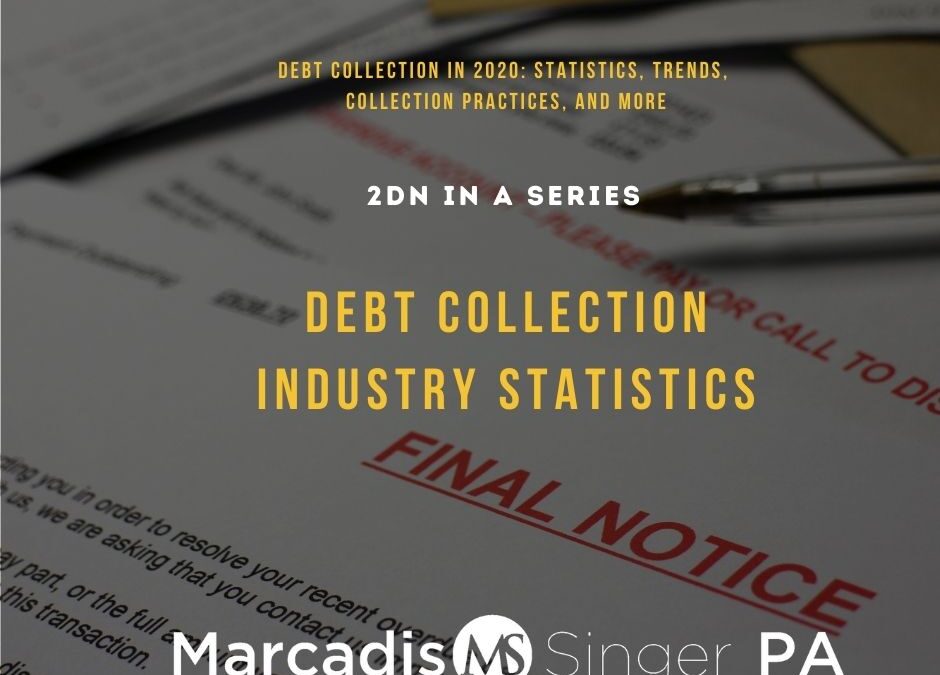 Consumer debt reached approximately $14 trillion in 2019, up nearly $2.3 trillion from the Great Recession’s peak in 2009. In 2010, corporations in the United States owed $150 billion to collection agencies, with only $40 billion of that amount collected. The industry’s average collection rate for unpaid debt is now 20%, down from 30% a few decades ago. 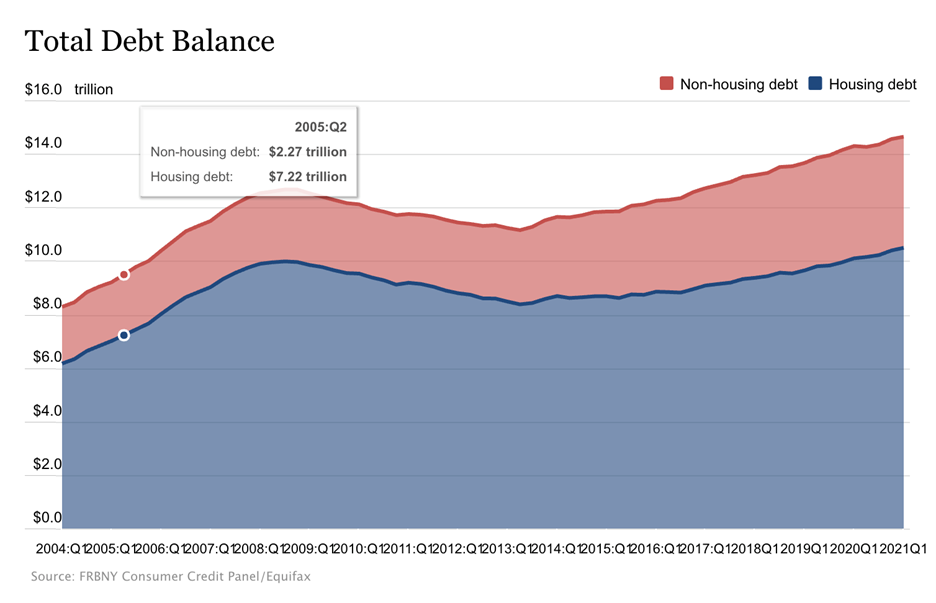 Bill and account collectors have around 258,000 positions, according to the Bureau of Labor Statistics’ Occupational Outlook Handbook. However, the industry is anticipated to shrink by roughly 8% between 2018 and 2028, resulting in the loss of about 19,400 employment. However, this decrease is due to the automation of collections labor rather than a decrease in the necessity for collections activities.

A high number of loan defaults in 2012 led to an increase in demand for debt collection firms, according to a December 2017 Market Research Report from IBIS World, although industry revenue fell somewhat in 2013, despite rising aggregate household debt over the same year. According to the Federal Reserve, debt levels in most key categories have been gradually rising since the fourth quarter of 2015. Total household debt increased for the twenty-second consecutive quarter in the fourth quarter of 2019, hitting $14.15 trillion, up $1.5 trillion from the pre-recession high of $12.68 trillion in the third quarter of 2008.

The New York Fed reported that aggregate delinquency rates deteriorated in the third quarter of 2019, with 4.8 percent of outstanding debt in some stage of delinquency as of September 30, 2019. 4.7 percent of outstanding debt was in some level of default by the fourth quarter of 2019. At the time, $444 billion in delinquent debt (out of a total of $669 billion) was classed as “seriously delinquent,” defined as 90 days or more late, or “severely derogatory,” which might include loans that have been charged off but on which lenders are still trying to collect. While rising consumer debt and delinquency enhance new revenue sources, the debt collection industry must also deal with future regulatory changes from the Consumer Financial Protection Bureau, such as proposed revisions to the Fair Debt Collection Practices Act (FDCPA). 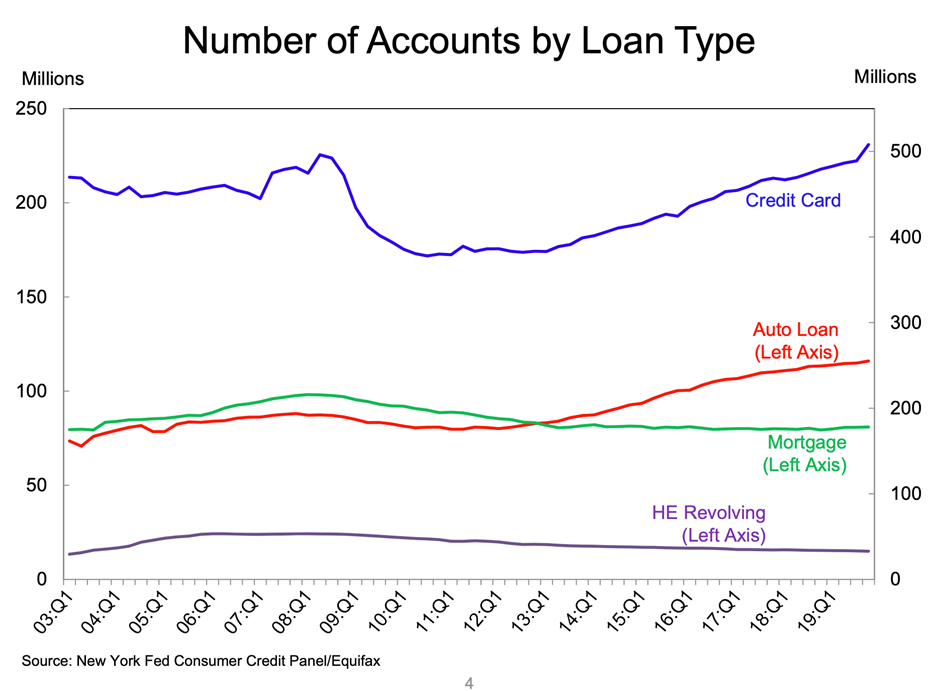 The debt collection industry contacts about one billion consumers each year (as of 2013), and over 30 million debts are collected each year. “Data from the Federal Reserve Bank of New York indicates that just approximately 14 percent of consumers had debt in collections in 2015,” according to ACA International. Furthermore, previous research has revealed that 90 to 95 percent of all outstanding consumer debt is paid on schedule and in accordance with contractual commitments (DBA International, 2014; Zywicki, 2015).”

As of February 2020, there was around $4.225 trillion in total outstanding consumer credit. Participation in the major consumer credit markets in the United States is roughly:

The percentage of total debt balance in default or late by 90 days or more as of Q4 2019, according to data from the Federal Reserve Bank of New York, includes (approximately):Mortgages: 1%