Chamber of Commerce Initiative to Limit the CFPB 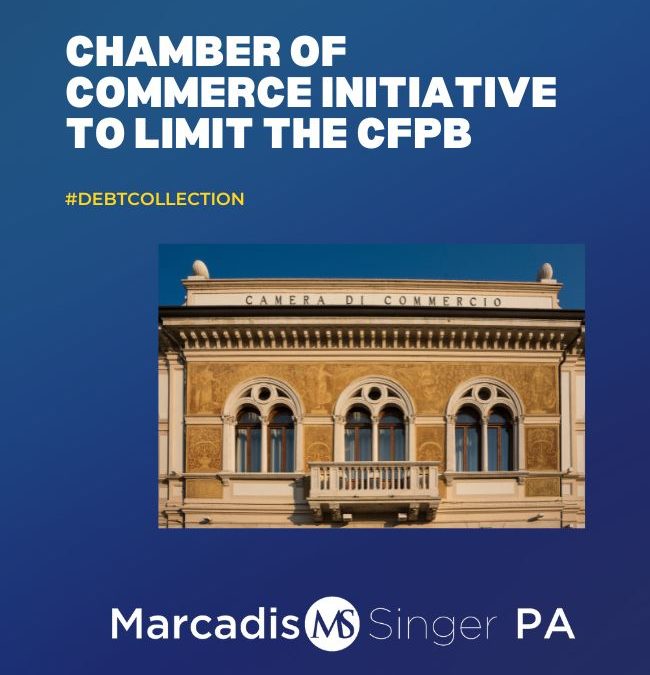 Chamber of Commerce Initiative to Limit the CFPB

The Consumer Financial Protection Bureau (CFPB or Bureau) and, notably, new CFPB Director Rohit Chopra, have been accused of engaging in illegal regulatory overreach, according to the U.S. Chamber of Commerce (Chamber), which on June 28 initiated a targeted campaign to draw attention to this. The CFPB is advancing an activist agenda “at every turn,” according to Chamber Executive Vice President and Chief Counsel Daryl Joseffer, “without advance public input or permission.” That is not the system that Congress intended, and neither will our legal framework permit it.

The Chamber’s campaign expressly criticizes a number of suspected illegal conduct, including:

The Chamber has made numerous Freedom of Information Act (FOIA) requests to the CFPB as part of its campaign against the federal agency, including:

The Chamber is of the opinion that the plans of a government entity with scant monitoring and excessive regulatory authority are laid out in this collection of documents, which is problematic and illegal.

According to Neil Bradley, senior vice president and chief policy officer at the U.S. Chamber of Commerce, “Director Chopra is aiming to utilize the CFPB to drastically restructure the American financial services sector.” “Rohit Chopra has an exaggerated perception of the CFPB’s function and the Director’s authority.”

Derived from an original article published by Stefanie Jackman and published in InsideARM online magazine.