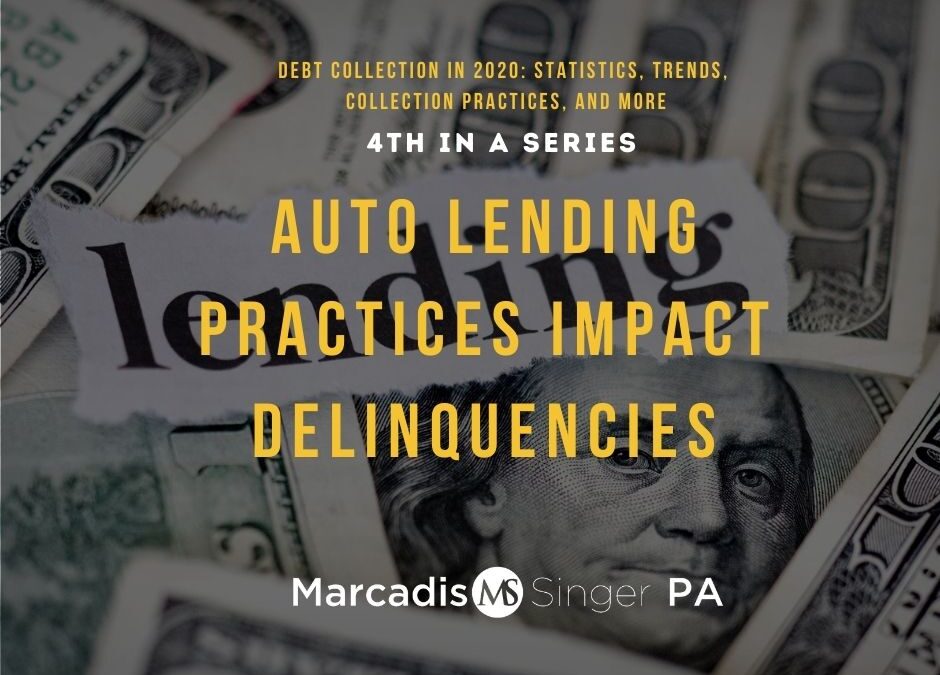 Since mid-2013, household debt has been increasing.

Auto lending practices growth has been a major driver of this increase, as auto loan balances have been consistently increasing for several years.

Given that car financing businesses originate the majority of subprime vehicle loans, it’s not surprising that delinquent rates for loans issued by auto finance companies are rising faster than delinquency rates for loans issued by banks, which prefer to lend to borrowers with better credit scores. While bank auto loan delinquencies have been decreasing since the financial crisis, the delinquency rate for auto finance businesses has been continuously climbing since 2014, increasing by more than two percentage points. 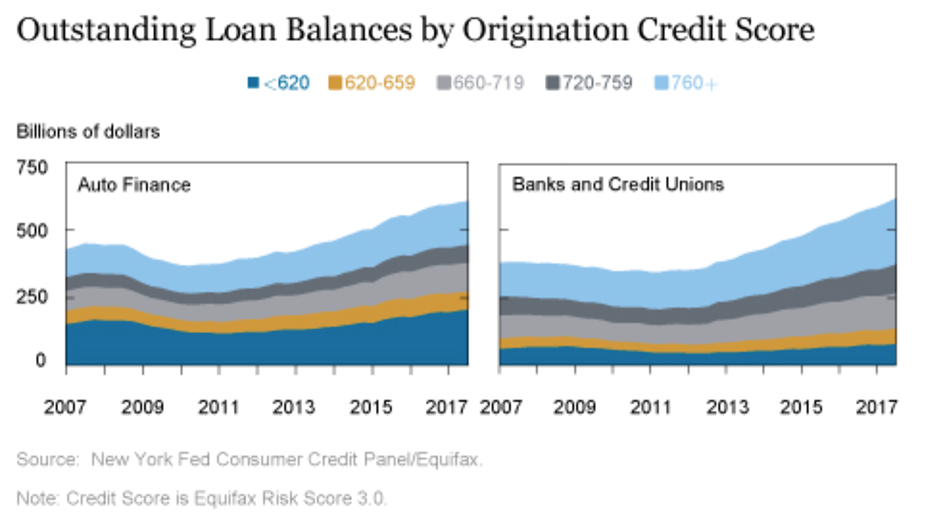 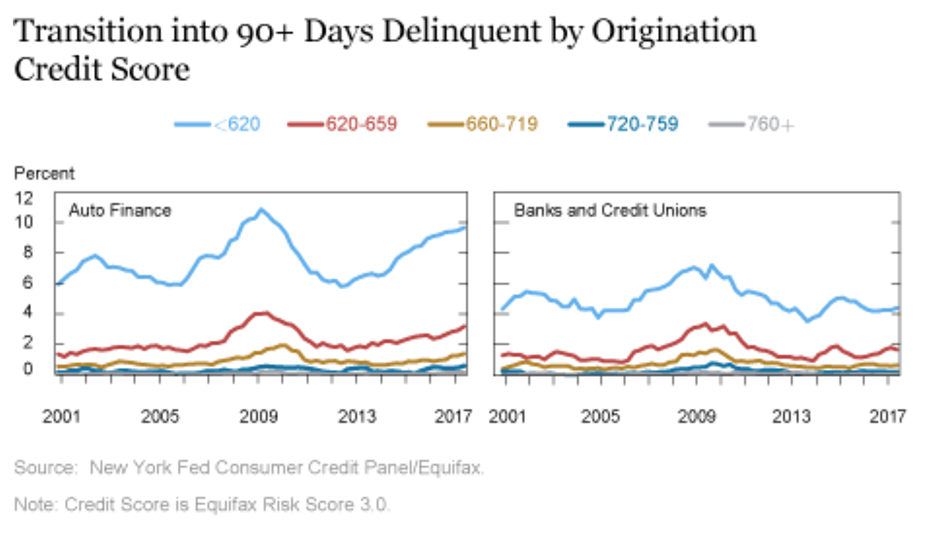